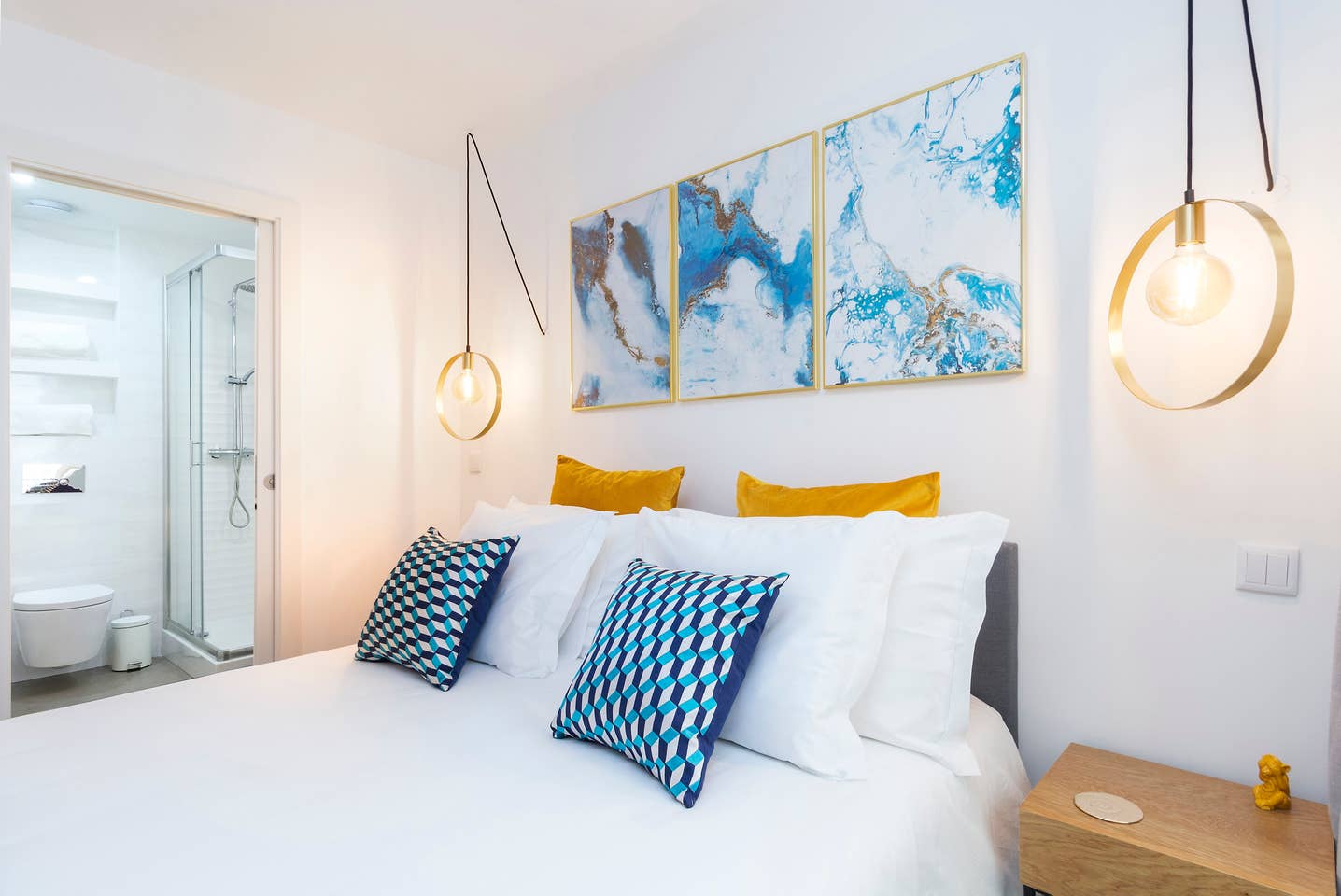 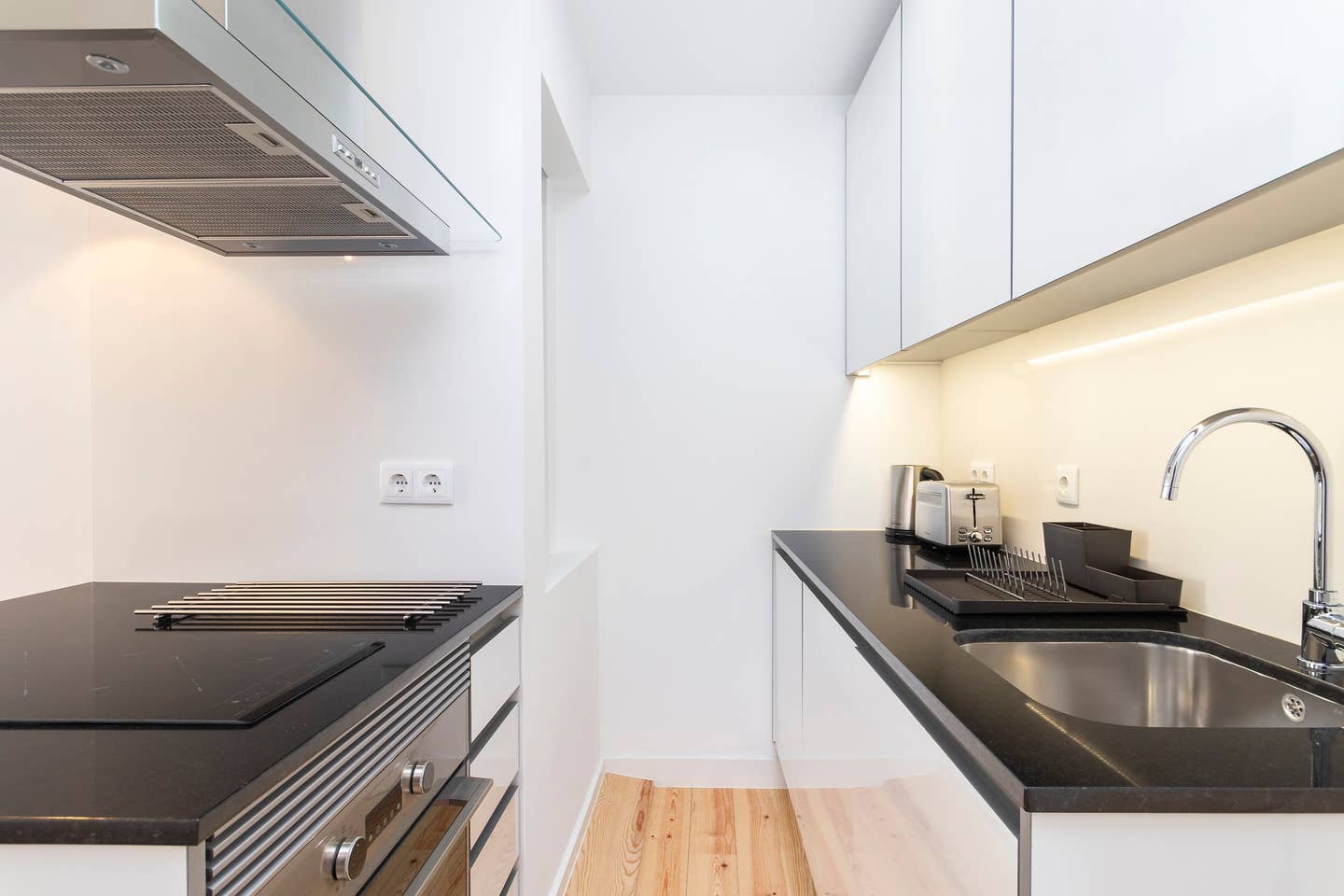 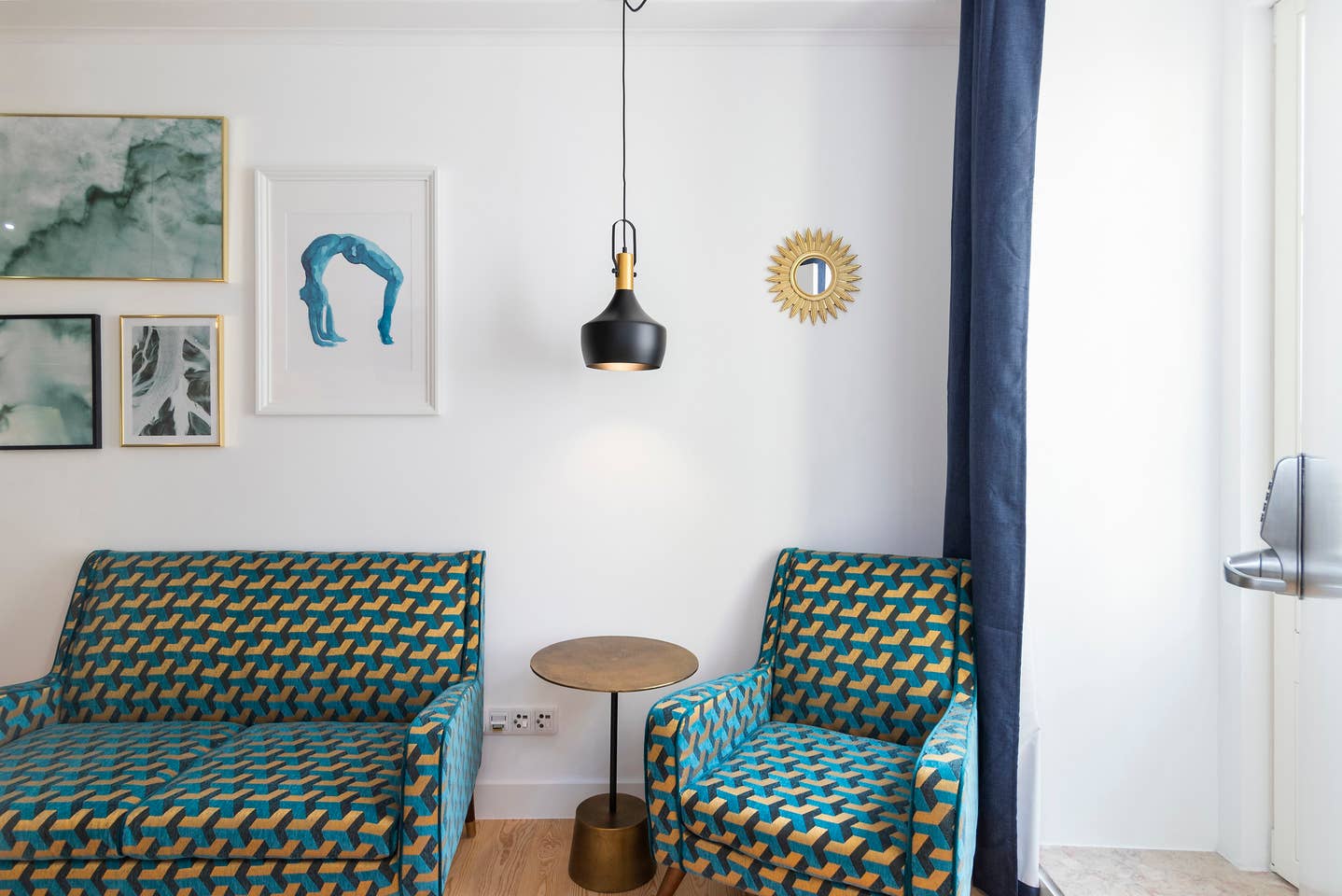 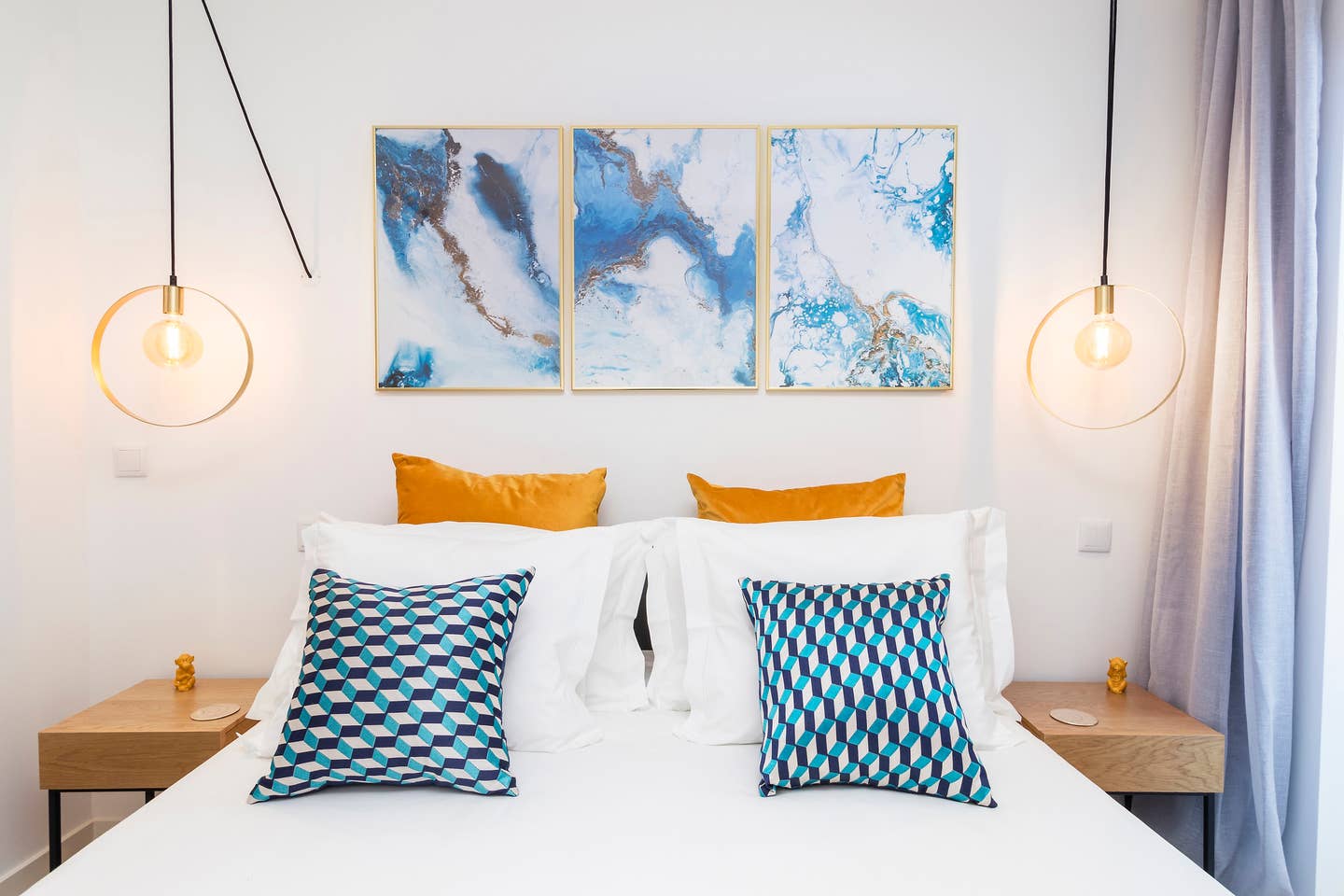 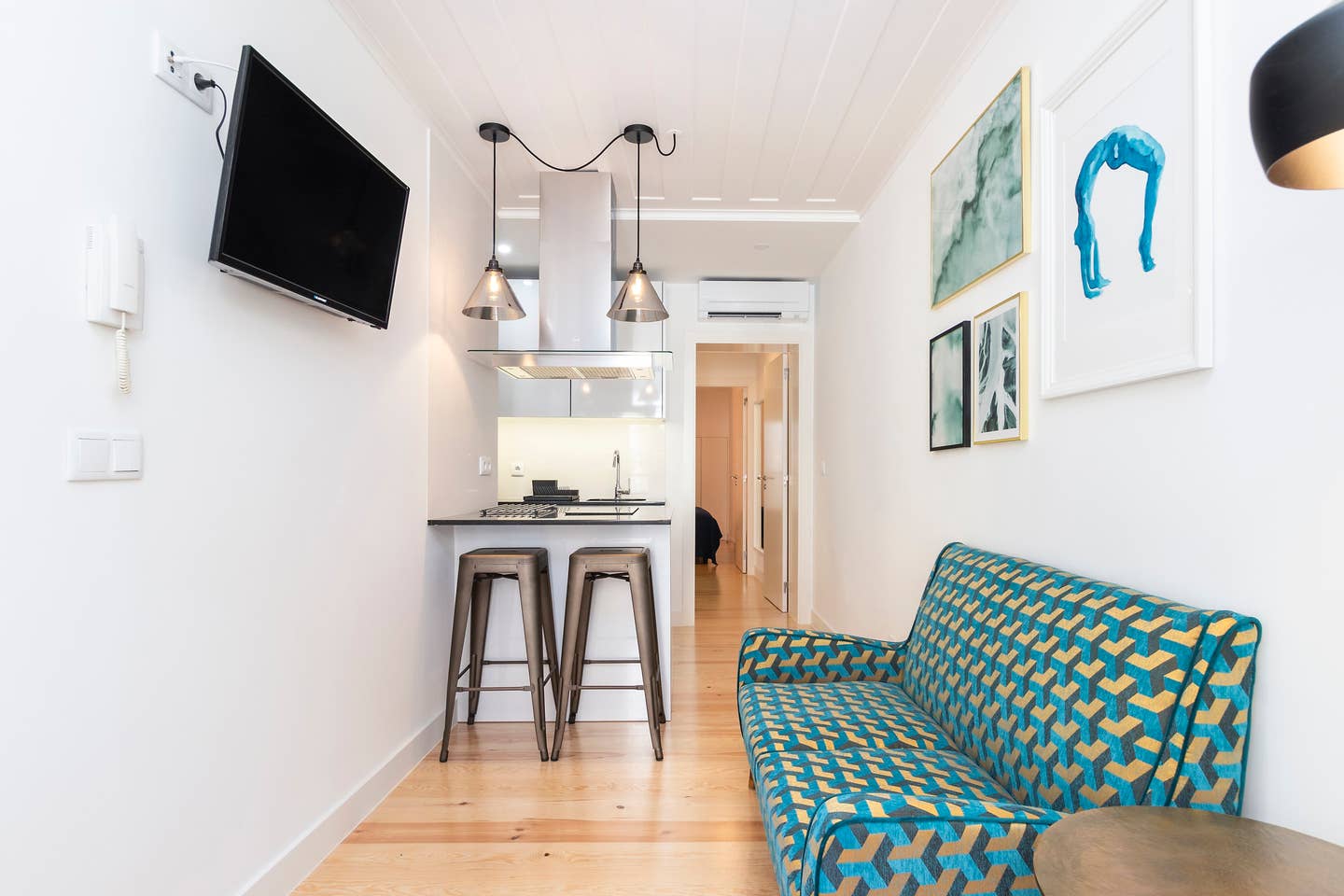 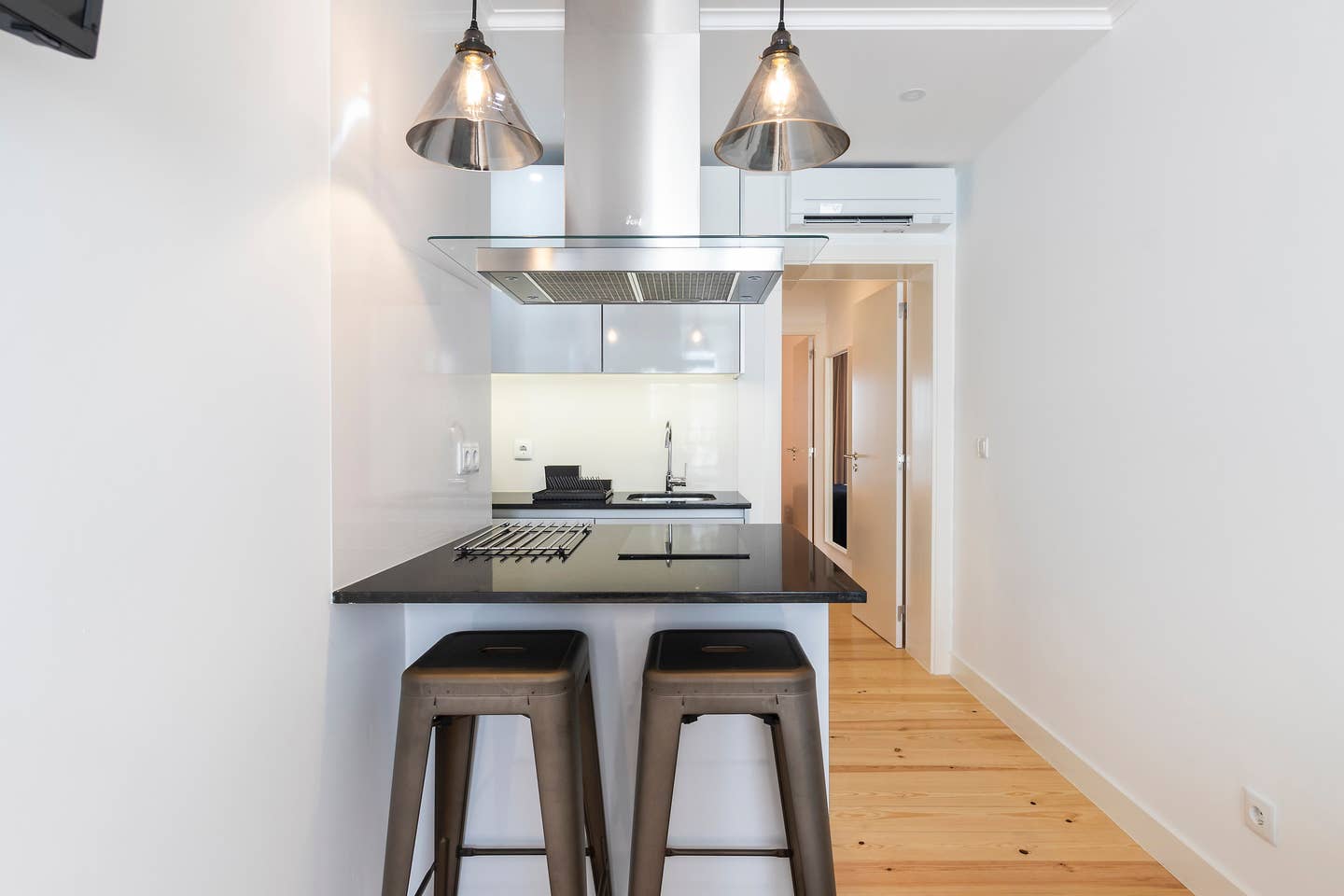 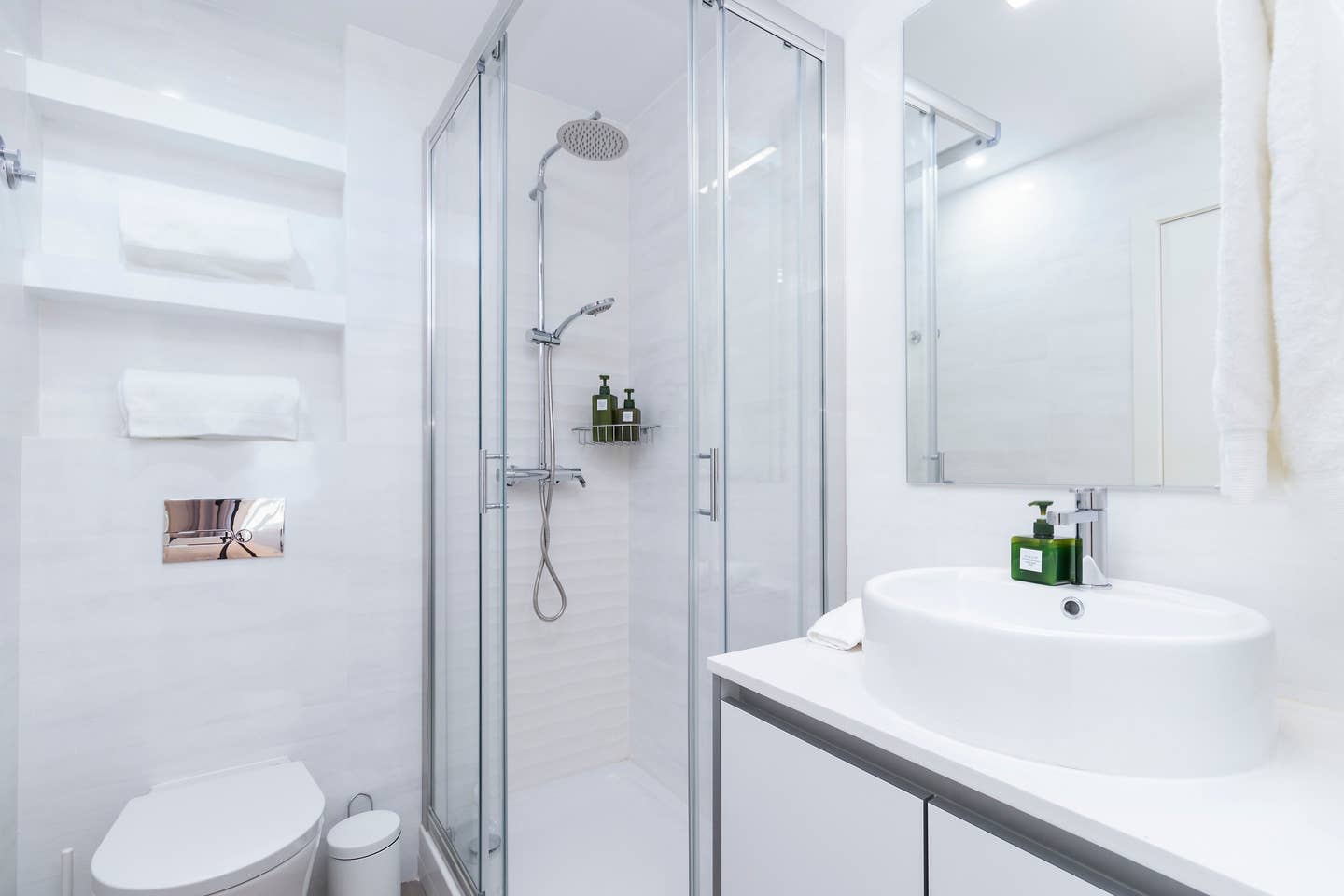 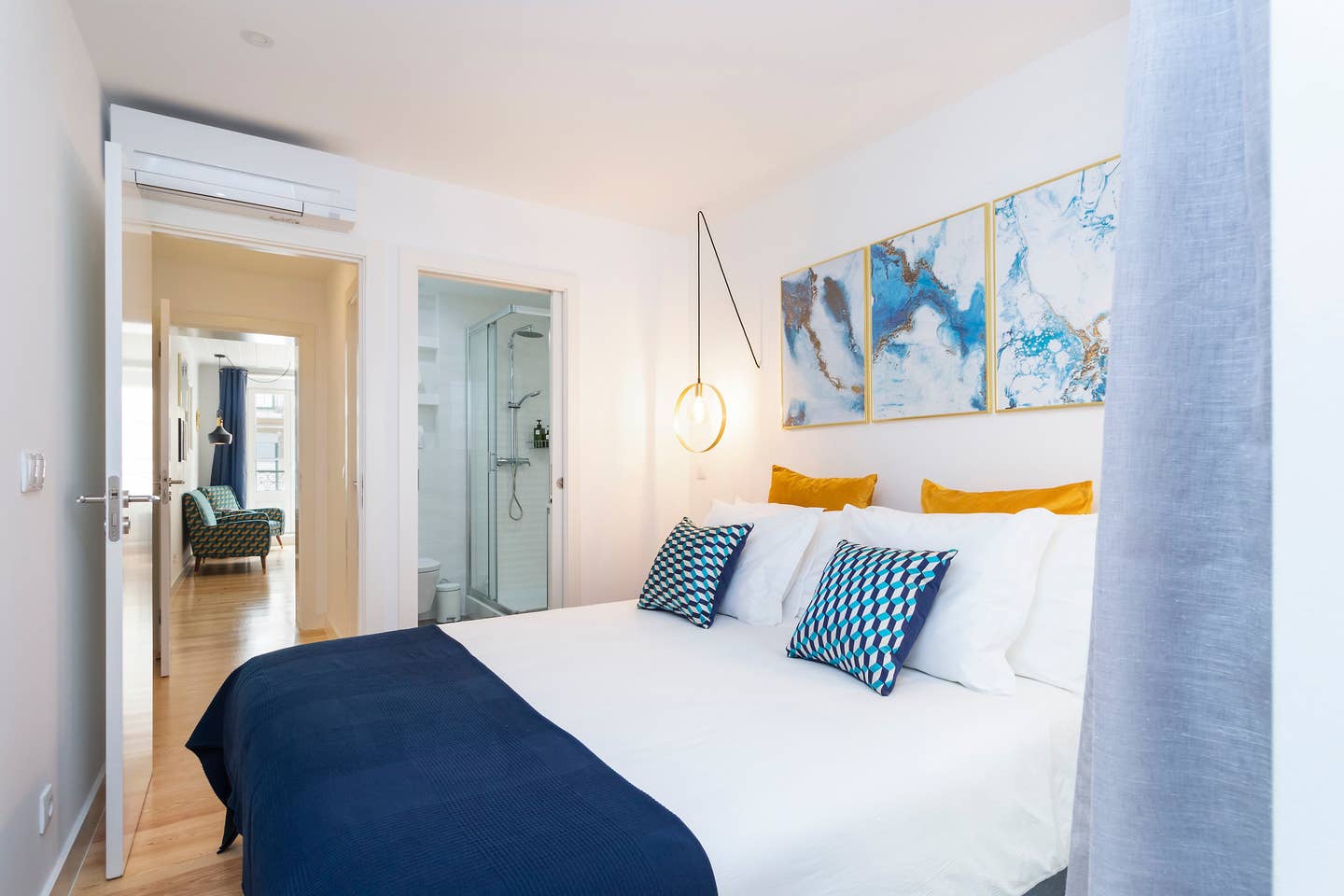 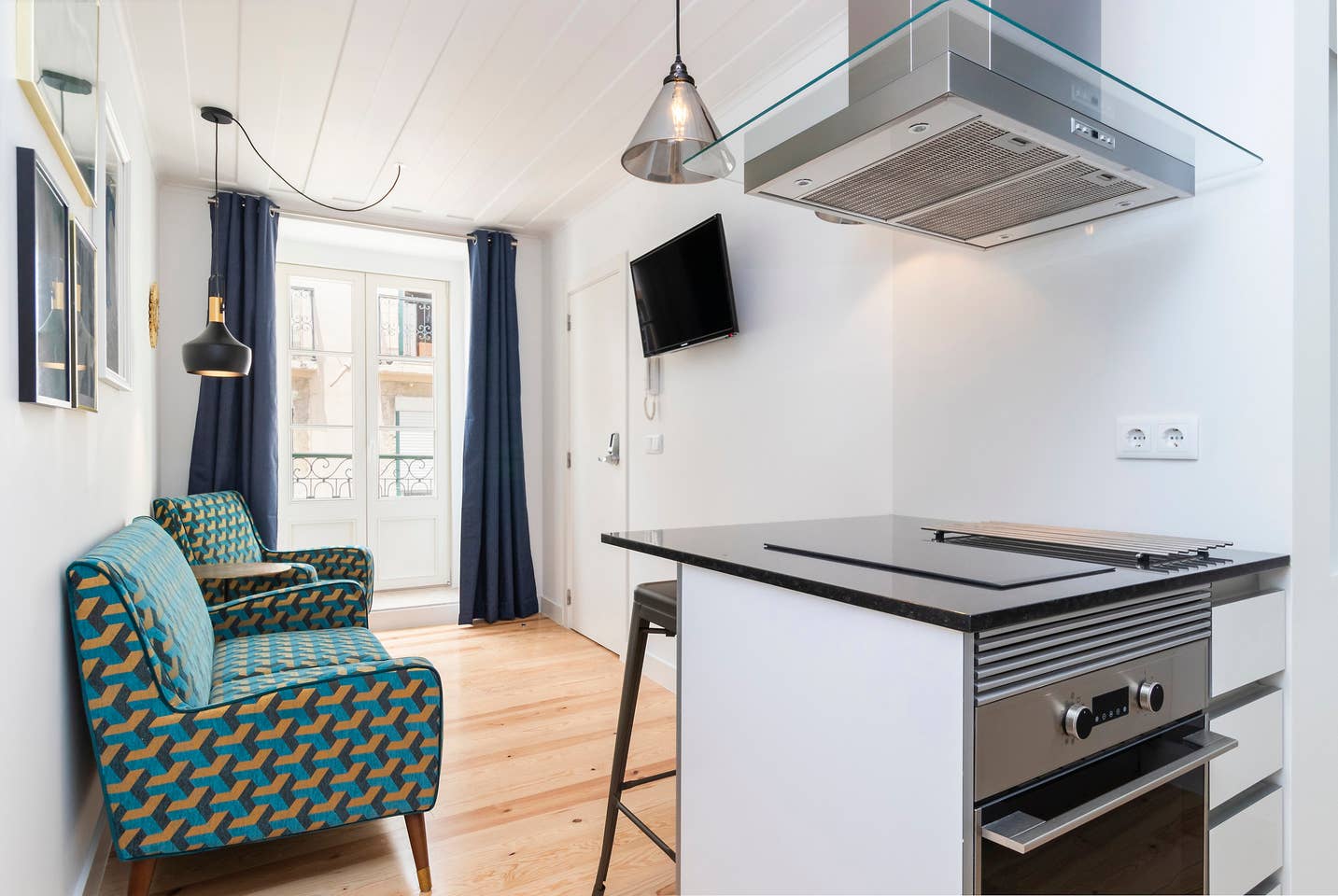 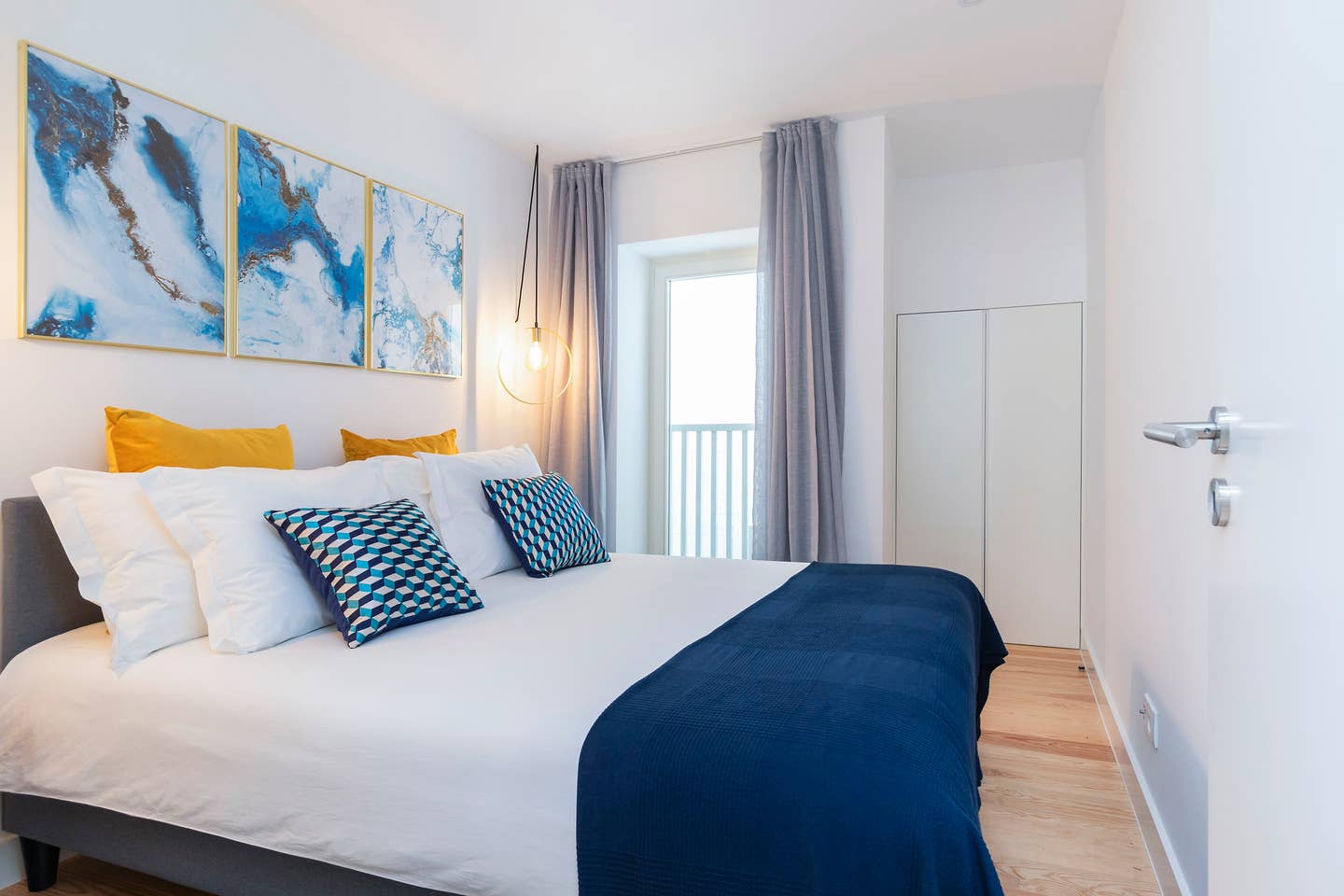 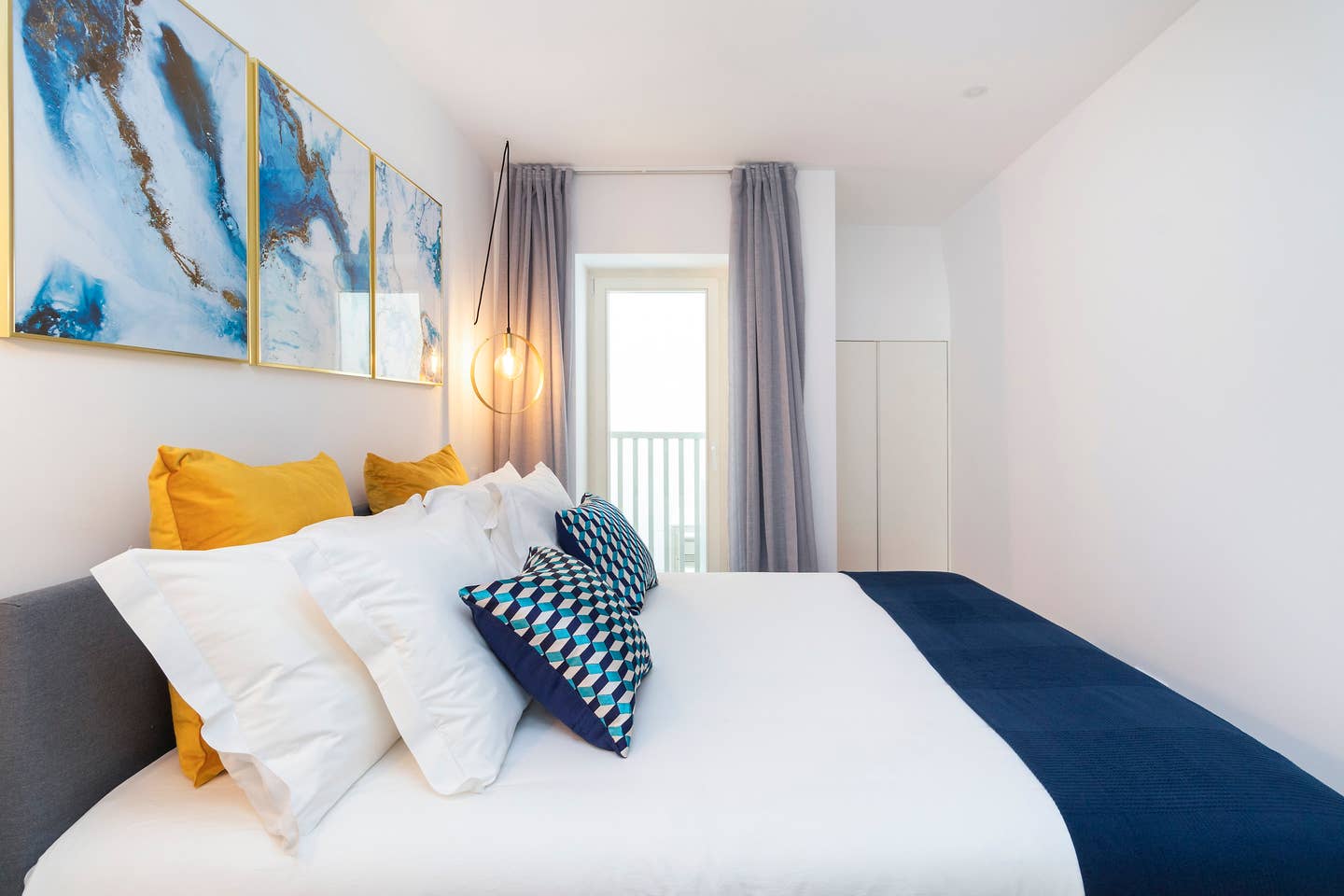 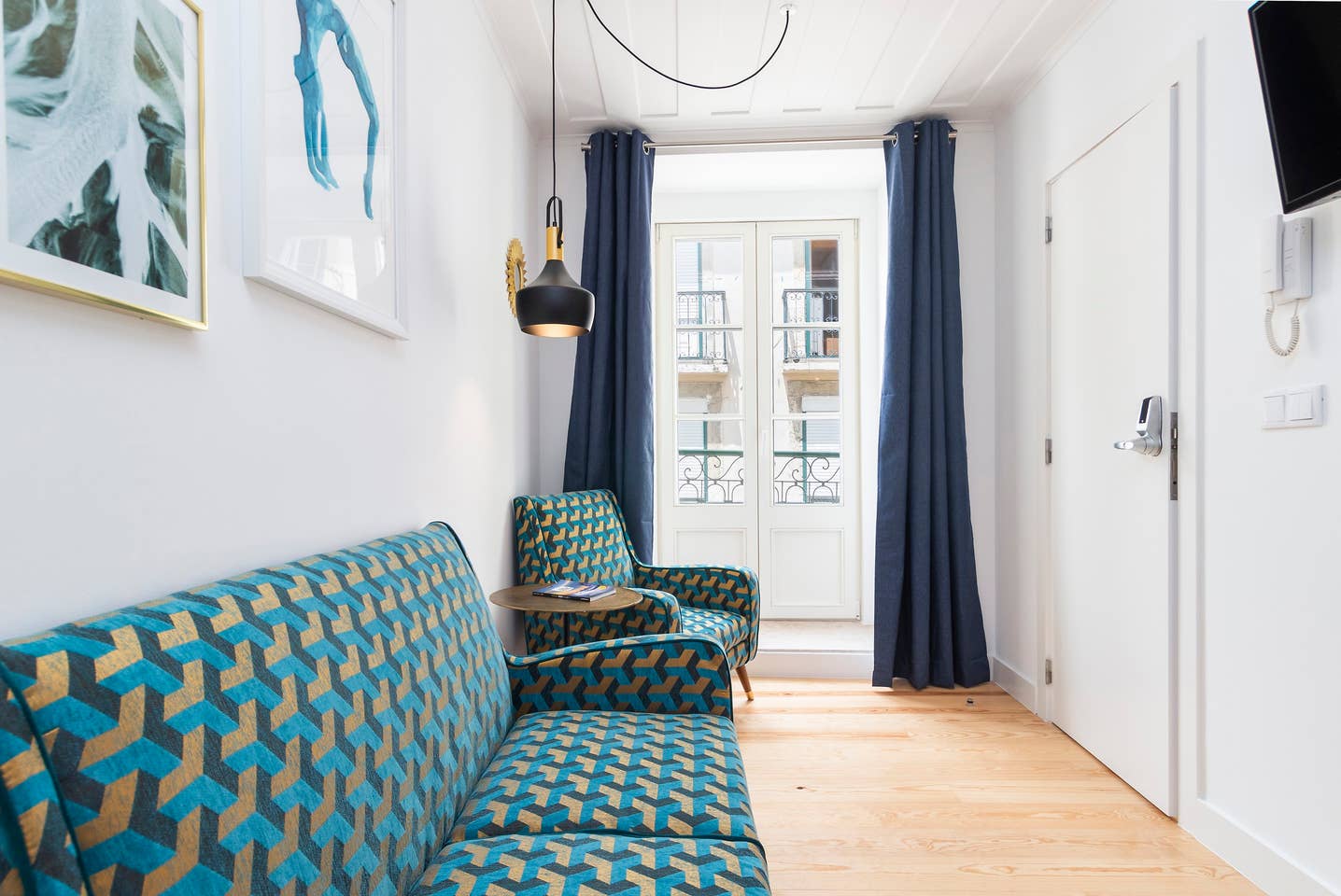 Located on the most iconic street in Lisbon this one bedroom apartment offers style and relaxation in central Lisbon. Very central to all main attractions, full blackouts in bedroom, reverse cycle aircon throughout, for summer and winter, washer-dryer, ultra fast Internet and with double glazing you will no doubt have a very comfortable stay in the most photographed street in Lisbon.

Lisbon’s most photographed street is Rua da Bica de Duarte Belo. It’s in the historic and picturesque neighborhood of Bica, one of the city’s most traditional neighborhoods, known for its small bars and especially for the iconic funicular that runs through it. The funicular has been going up and down the hill since 1892.
The tiny neighborhood, found between the Bairro Alto and Cais do Sodré districts, is made up of cobbled lanes and stairways, dating back to 1597, after a landslide.
Little affected by the 1755 earthquake, Bica offers a beautiful view of the river, and maintains the colourful 17th- and 18th-century buildings.

This just (JUL2019) fully refurbished apartment offers style and quality of life. The bedroom is situated to the back of the building and with its blackout curtains, silent aircon and double glazed windows you will make a very restful night sleep.
The kitchen is fully equipped with over and microwave, fridge, washer/dryer, pots pans etc to cook your own meals should you wish. The bathroom has a nice shower. Our bed linens and towels are of very high quality. Shower gel, Shampoo is provided. Kitchen basics as Olive oil, vinegar, salt, sugar, tea and coffee are also provided.

Not suitable for children (2-12 years) and pets – No Extra bed
No smoking, parties, or events

Security Deposit – if you damage the home, you may be charged up to €100